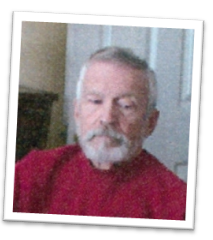 Board Adviser - Dr. Douglas Huber, MD:  Former Commander, American Legion Post 140, Buckhead, Georgia.  In April of 1965, Dr. Huber received a draft notice from my local draft board announcing that he was being inducted into the Army. At that time, all male physicians were required by law to serve in the military or another government medical service. He reported to duty at Fort Myer, Virginia, and served in the Dispensary as a General Medical Officer. The troop escalation announced by President Johnson several days after he arrived on July 1, 1965, resulted in his receiving orders for Viet Nam. At Fort Sam Houston, Texas, his unit was assembled and he was appointed commander of a type A dispensary with two physicians, one dentist, and eighteen enlisted personnel. His unit was then sent to Long Bihn, Viet Nam. Upon returning to duty in the U.S., Dr. Huber was stationed at Fort Belvoir, Virginia, where he completed his active duty requirement of two years. At Fort Belvoir, he received a Letter of Commendation. Because of his young age at the time of induction, he was required to serve four more years in the Army Reserves and was assigned to the 3297 Field Hospital, a 1000 bed Reserve unit that had not been activated since WWII and had multiple extensions throughout Georgia. Dr. Huber was honorably discharged in 1971. He is currently retired. (Board Advisor)