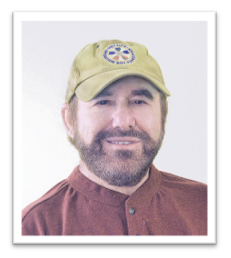 Steve Schiffman, Code Blue, and Operation Not Forgotten Founder and Executive Director,  an Air Force veteran,  has served as a marketing and media consultant and is an international best-selling author. He is the visionary, one of the founders, and a strategic planner for Operation Not Forgotten. His accomplishments include receiving the National League of American Pen Women’s State of Georgia Award for Achievement in Letters and winning television’s most prestigious award, a local Emmy, as well as three National Religion in Media Awards. Steve has organized and directed creative teams to produce award-winning commercials, which have aired on ABC, NBC, and CBS network television. As a publisher, he was asked by the Arthur S. DeMoss Foundation to conceptualize and produce the original Power for Living book, which has reached millions through their national media campaign.   Aside from being a marketing and media consultant, Steve has also been a business consultant and a business owner.  Just as he has diversified creative interests, he has had a diversified portfolio of businesses.  Among the businesses he owned was a large, wholesale Cheesecake Factory in Atlanta that provided cheesecake to Kroger grocery stores, and Publix grocery stores in several states.  Additionally, he owned and managed one of the largest cruise-only travel agencies in the United States.